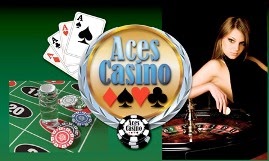 When you work here at the top orange county casino night party company on the west coast, A.K.A. Aces Casino, you find out that, yes, we DO have a good time “at the company’s expense.”

Today was one of those days.

The muckety-mucks here at The Aces Casino Blog decided (a while back) that Wednesday, January 30th, 2019, was going to be the day that our company provides the masses with our annual Super Bowl 53 winning prediction.  Now, I know that most of our readers would probably place this priority in-between  “Gee-Whiz,” and “Who Cares,” but, actually, from a strictly historical sense here at The Aces Casino Blog, it means a lot.

Yes, It’s true… We started this annual rite of passage as a total goof-off back in early 1995 just to poke fun at the yearly prognosticators that would come out on TV and radio and give their reasons for this team’s or that team’s chance to emerge victorious.  (Yawn.)  Well, we thought that maybe WE should get into the prediction biz, ourselves.

With one small caveat.  The deity making the yearly Super Bowl prediction for Aces Casino can NOT be a person.

That way, it’ll be just a fun thing, no one here at Aces Casino gets hassled for his or her selection.  We’re takin’ the EASY way out.  We remember the day when the discussion began about just who (or what) should make the pick for us.  Ben Miller made the case to use our local-yokel, “Henny-Penny,” the Knott’s Berry Farm piano-playing chicken.  Aces Casino used to be located in Buena Park, and Knott’s was right down the street.  Every time that we’d go over to Knott’s, we’d ALWAYS visit Henny-Penny, and pay a 25-cent-piece to hear her tickle the ivories.

So — In January of 1995, we went over to Knott’s to find Ms. Penny, and when we did, we ran into Henny’s handler, a man named Fred Nabors.  We came to Knott’s with the two helmets for Super Bowl 29 (Chargers and 49ers), and asked Fred if he’d let Henny Penny out of her piano-jail, and let her make her pick.

And then….. For the next 16 years, we would return to Knott’s, find Fred Nabors, and get Henny Penny to make her annual pick.  Result — Henny Penny went 17-and-zero picking the Super Bowl.  Henny Penny was retired (at least, we HOPE that she ‘retired’) after pick 17, and we’ve been using animals far and wide, to make our picks.

Yes, we take our Super Bowl predictions seriously (Ed. Note: Bwahahahaa.), and to prove this fact, it’s time to provide our official prediction on which team will prevail in SB 53.  Here’s Honey, the dog, with her prediction!

OK, obviously, Our Aces Casino Entertainment mascot, Honey, the Puggle, decided that she’d need to be PAID, in order to provide us with her selection.  So, after finding two doggie treats, and placing one on each helmet replica representing the two teams, HERE is our Aces Casino Blog prediction on which team will win SB 53!

Looks like the Patriots, baby.  Had to pay her, but got the pick.

So there you have it, ladies and gentlemen — From the company that has given you 21 out of 22 Super Bowl winners over the past 20+ years, the top orange county casino night party company in SoCal, you can relax, if you’re a Patriot fan.  Honey has selected New England as the winner of SB 53.  Enjoy the game, everyone!  We’ll be back on Monday to celebrate another correct selection.  (Ed. Note:  I’ve placed MY wager.)  Have fun, and we’ll see ya next week!